Get ready for the thrill and excitement of non-stop action on the ice. When you’re attending a hockey game, search by team or by arena name to reserve your spot in advance. Take the worry out of traveling to the arena and finding a parking lot that is affordable. With Parking.com, find discounted pricing for the night of the game. Book quickly through the free Parking.com mobile app and get turn by turn directions to the parking spot. As soon as you buy hockey tickets, head to Parking.com and make sure you have a parking spot reserved for the game.

Heading to the arena to watch your favorite hockey team? Before the puck drops, find the best parking near the arena and book your spot in advance. At select NHL arenas, Parking.com has online parking passes available to help you avoid the hassle of finding a lot. Have a guaranteed parking spot waiting for you on game day so when you arrive at the arena there are no issues.

Whether it’s an Eastern Conference or Western Conference matchup, find convenient parking solutions through Parking.com. There is available parking on game day near many NHL arenas across the country. Find a spot that fits your budget near the arena you’re attending. We’ve got you covered so you can enjoy the game. 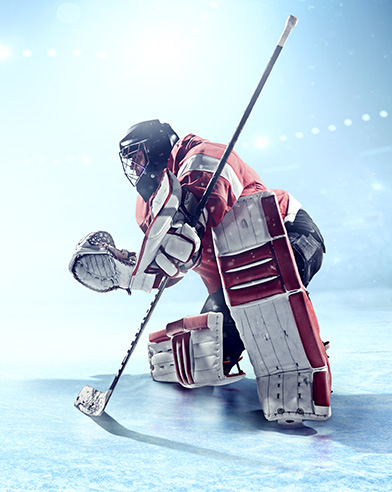 Watching your favorite hockey team live on ice is as exciting as a sporting event can get. The non-stop action, the hits, checks, finesse, and goals leave fans in awe. Even if you’re not sitting in the first row, the excitement of hitting the boards creates an intense atmosphere. Hockey is a symbol of toughness, and watching the plays develop and the swiftness of the players on ice skates create a whole new theatrical dimension to being at the arena. From a Rangers game at the iconic Madison Square Garden to a Red Wings game at Little Caesars Arena or a Bruins game at TD Garden, there are a number of venues that enhance the experience of taking in a live hockey game. Whether you have tickets for an Original Six matchup, or just want to see some of the best hockey players in the world like Sidney Crosby or Alex Ovechkin with the puck at their stick, the competition of the NHL is fierce. Parking.com helps make your NHL experience a little better with advanced parking so you know you’re guaranteed a spot. Watch the best hockey players on the ice at your local arena this season.